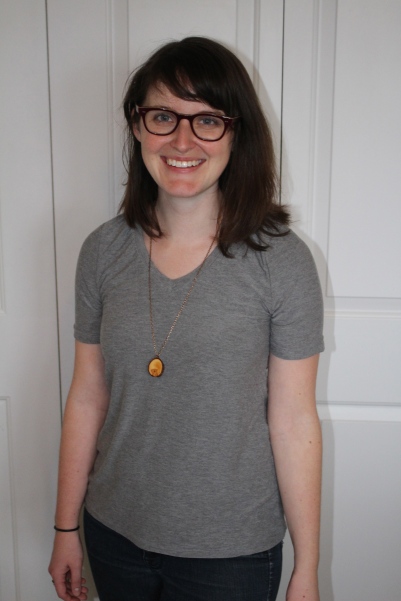 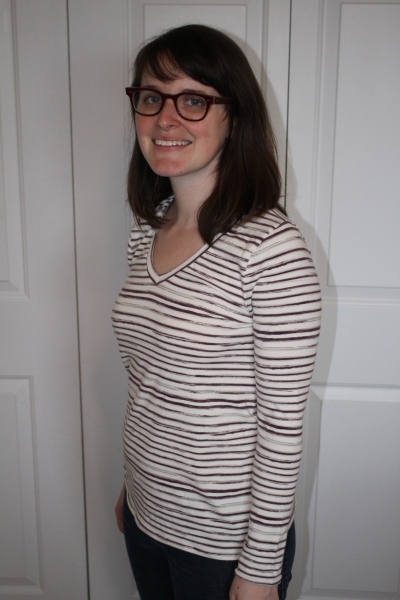 So far I’ve made two lark tees. Both are v-neck but one is short sleeve and the other is long sleeved. 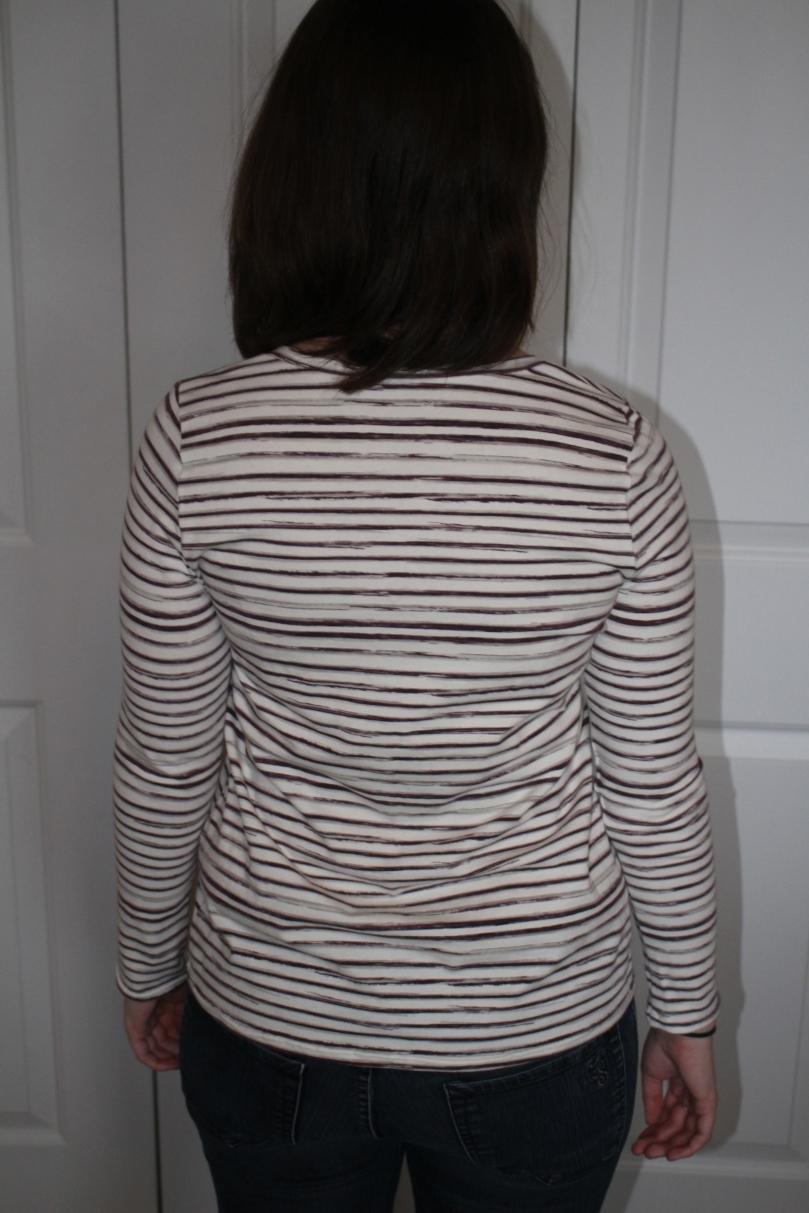 Starting with the long sleeved one I shortened the sleeves by 2 inches. and I shortened the torso by one inch. After I was done I ended up cutting an additional 1 inch off the bottom of the torso. I had to sew the v-neck twice because the fabric slipped a bit when I was sewing and I ended up with a tiny hole under the point. 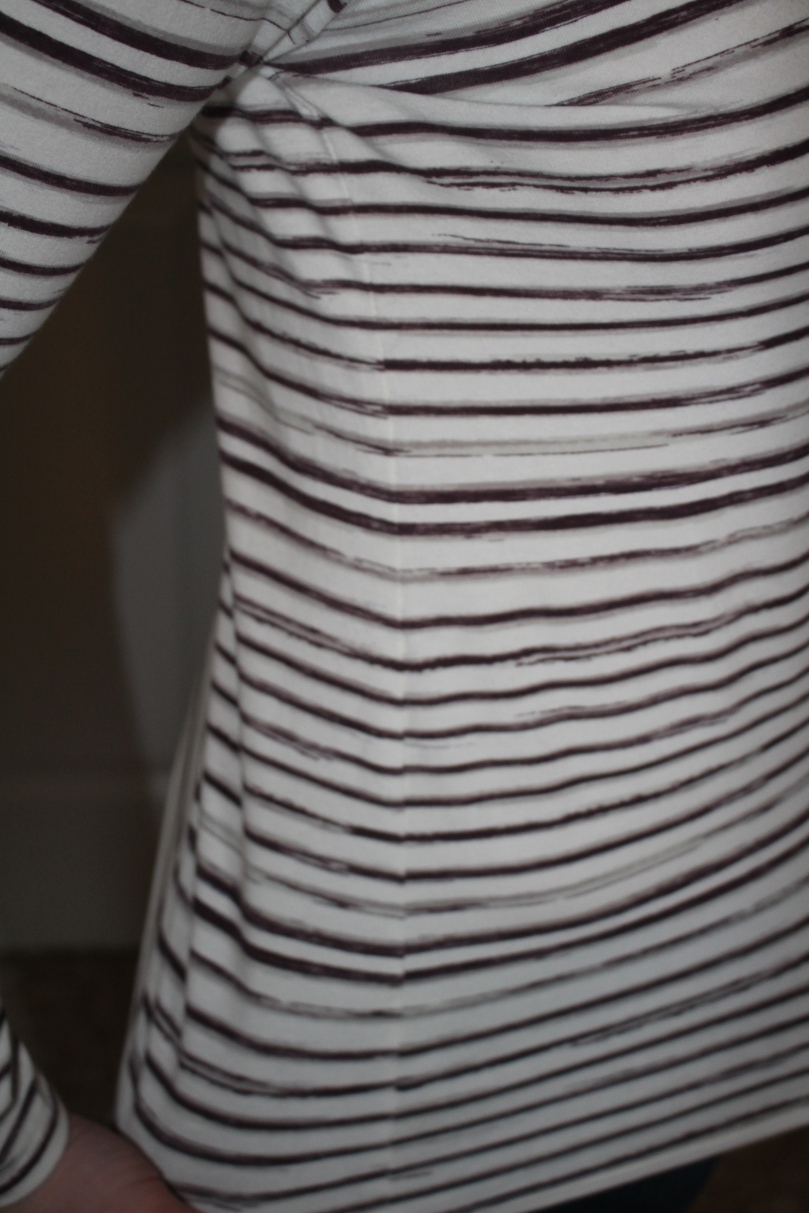 For my attempt to do a coverstitch look finish, I first serged the raw edges and then used a double needle to secure the hem. Since I was sewing from the right side I had to be very careful to make sure that each needle was on either side of the edge of the fabric. 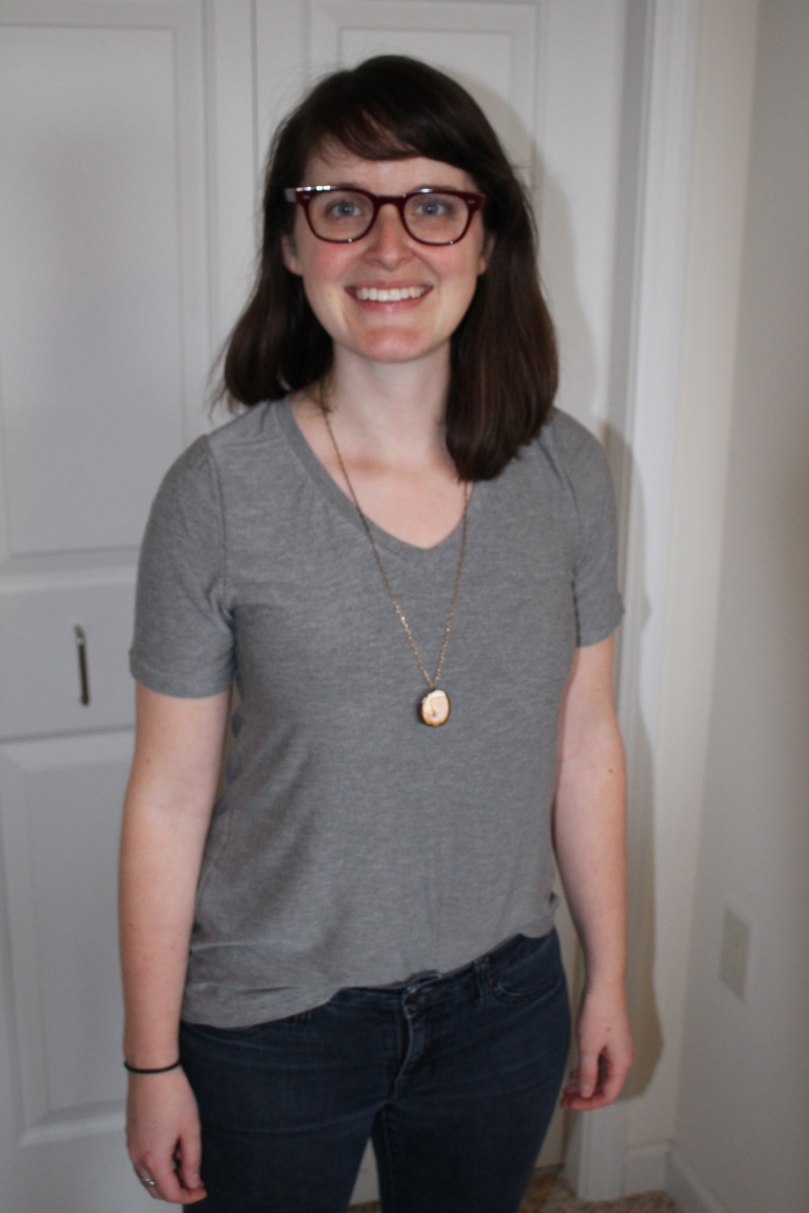 For the short sleeved version I used a gray bamboo jersey from fancy tiger crafts. I did not have to re-sew the v this time so I feel like a champion. 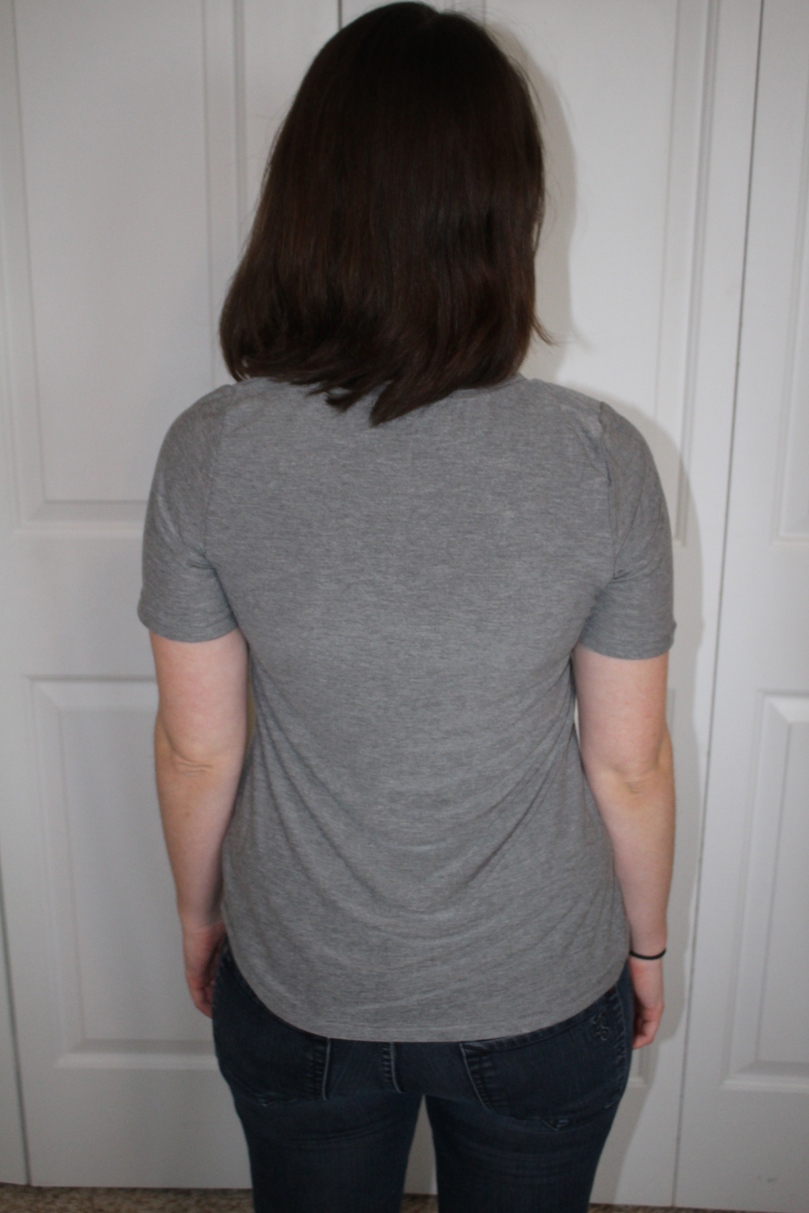 This time for the mock cover stitch I serged the raw edges again and then I used wondertape to hold down and stabilize the hem. I also used wooly nylon in the bobbin per sewdiy’s suggestion in her post on topstitching knits.

All in all I think it has worked pretty well! I’ll definitely be making more of these tees.