I got a bra and underwear kit from Tailor Made shop a while ago – probably over a year ago and I finally felt inspired to sew it up. I love the color gray and I really liked this kit because the lace is mostly gray but the touch of pink gives it a girly twist. I used my tried and true Harriet Bra pattern by Cloth Habit. For the panties pattern I had been hearing so many great things about the Frankie panties by Evie La Luve that I decided to give them a try. 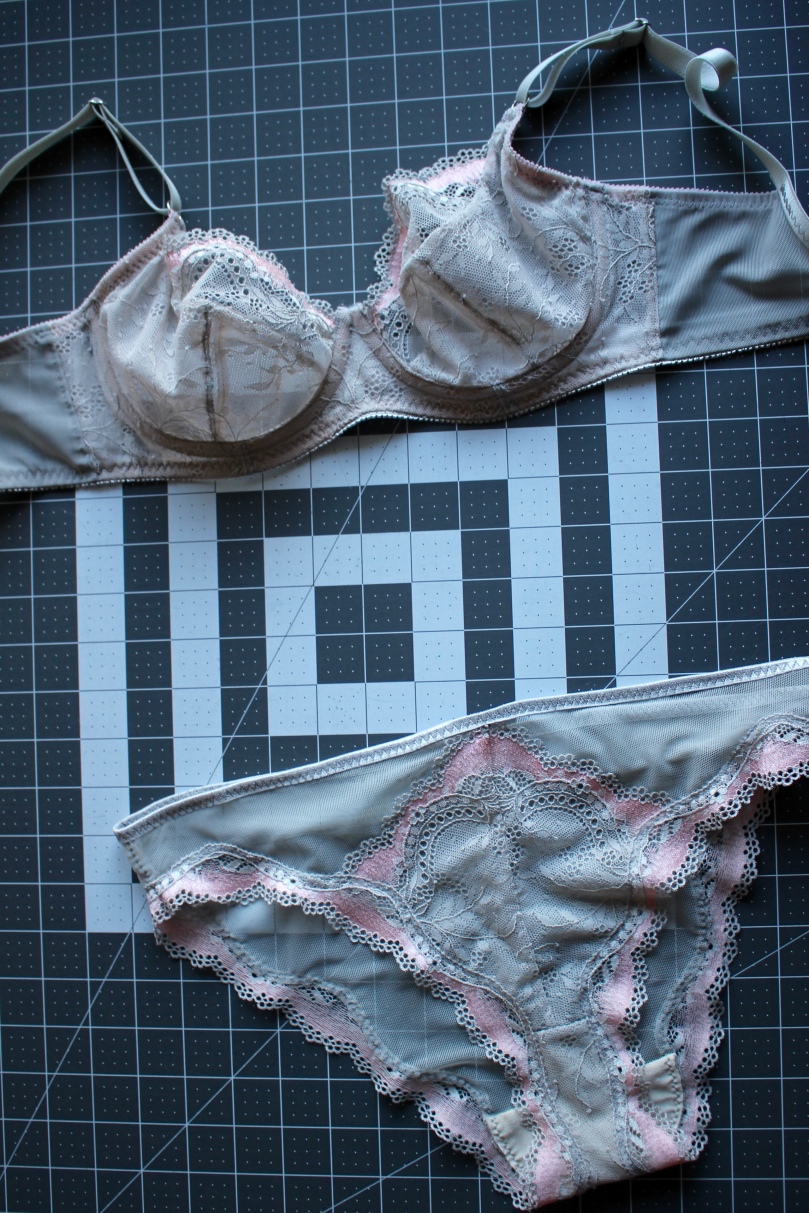 I’ve made this bra so many times at this point there isn’t too much to say about it. I love it! Since my fit adjustments at camp the fit has been consistently perfect for me. For some reason though every time I make this bra I always have to do some seam ripping. All the little pieces and the shifty fabric always just gets me. 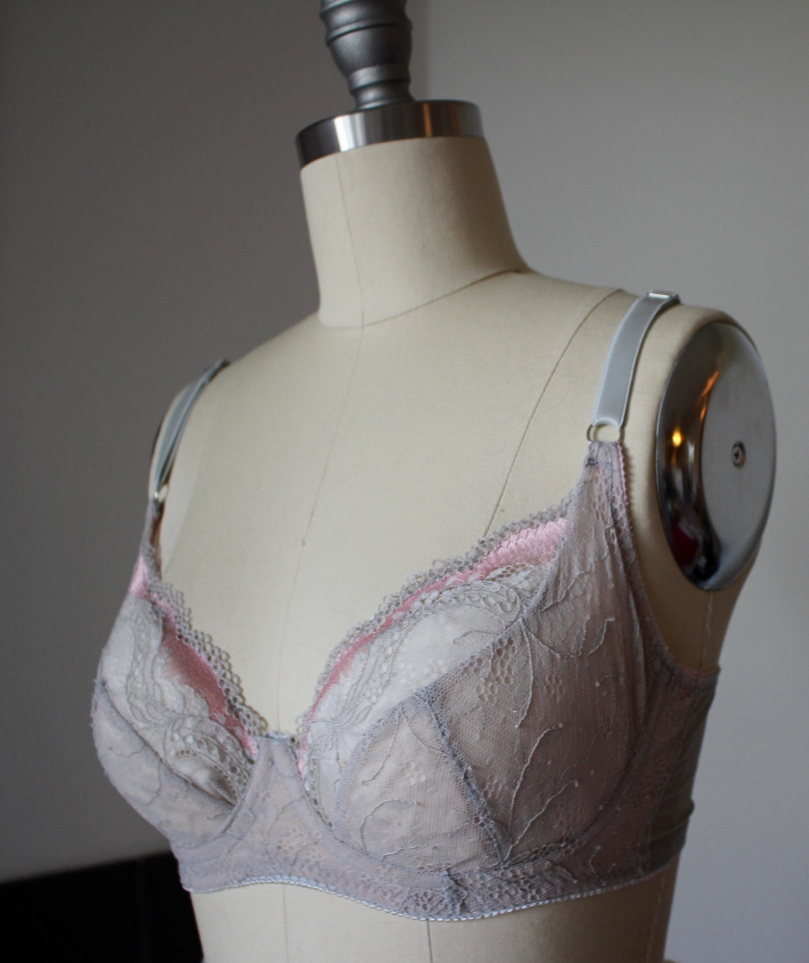 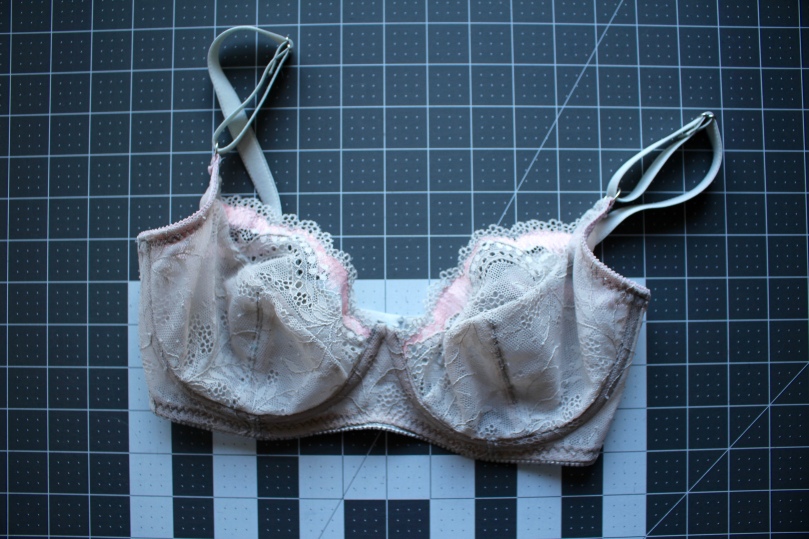 This was my first time sewing underwear and I was so excited because I’ve heard so many things about how underwear is quick and easy to whip up and I had also heard so many great things specifically about the Frankie Panties that I was feeling pretty confident. This may be a controversial statement but I really don’t love them.

My measurements put me at a size L. Typically I buy size S underwear but it would make sense that my measurements would put me at a larger size since the top half of me is generally size small and I’m a pear shape. I decided to stick with a size large and I was excited because maybe I’ve just been wearing the wrong size underwear? 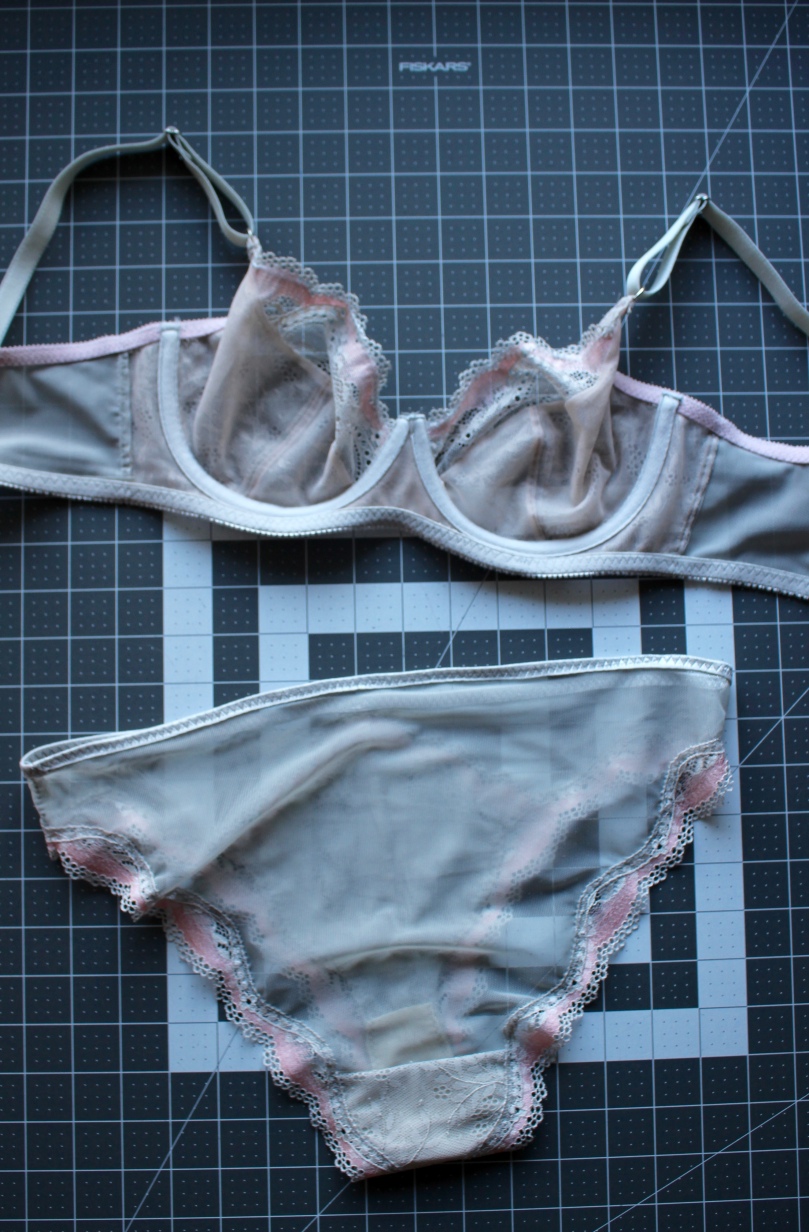 The kit I had originally gotten came with picot elastic instead of fold over elastic or the elastic trim around the legs. It looks like the underwear kits today are a bit different than the one I got. I decided I really wanted lacy elastic and fold over elastic so I ordered some more from Tailor Made shop. I was so surprised when my lace elastic came and it matches my stretch elastic!

Since I placed the order I had to take a break in the middle of sewing these underwear so what other people describe as a quick and easy sew ended up taking me weeks – mostly because once I changed focus I got distracted and didn’t come back to them right away.

I was so excited when I finally put the lace elastic on because it just matches so well. Adding the elastic at the legs though did make things a little bit more girly than I had intended. This is not necessarily bad but it just doesn’t really feel like it suits me. 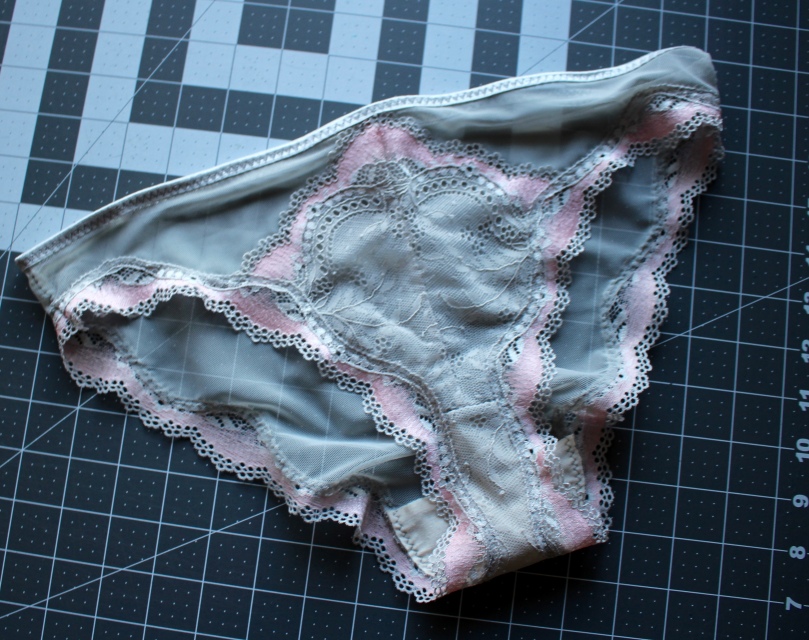 There are several issues with these underwear. They are a lot taller than most of my other underwear. Also the waistband is a bit loose. I’m guessing this is because of my pear shaped body and because I didn’t grade between sizes like I typically would have with another garment.

However the real problem is the extra fabric in the back. Because of my sway back the underwear come up much higher in the back than in the front and there is fabric pooling above my butt. No – I’m not going to post pics of this on the internet but let me tell you – it is NOT CUTE.

Many people have had success with this pattern. Most of the people I’ve seen rave about it are tall. Rachel from Maker Style has raved about it and has a self-proclaimed “Column-y body” so maybe this pattern just suits that body type better. I do like all of the options for lace and the different variations so it may be worth giving this pattern another try. If I did I would definitely do a sway back adjustment. I also would either size down to a medium or I would grade from a size medium at the waist to large at the hips. I also might try shortening it? Is anyone else so short they need to shorten their underwear patterns???

One thought on “Another Harriet plus my first Undies”